Is to influence all organisations that operate within Fingal County, to ensure they develop coherent plans and policies that reflect the social, cultural and economic needs of Ethnic minority groups in the Fingal area. To promote the work of the Network, to improve the flow of information about events, projects, resources; to influence and inform policy and planning and to encourage participation from Network members to allow them to learn from each other’s experience. Build a unity among Network members and groups to ensure a strong ownership of the Network

Represent the collective views of the ethnic community and International Diasporas so as to influence and inform policy and planning countywide. 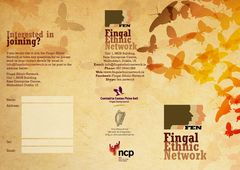 In furtherance exclusively of the foregoing main object, the body shall have the following subsidiary objectives: